Chen Xifan, chairman of the board of directors of the Chinese Academy of Sciences, was elected the 2016 annual economic

The evening of January 16, 2017 19:40, our struggle --2016 tenth annual economic figures award ceremony in Anhui, the new radio and Television Center, the studio was held in the 3600 square meters of the Grand Hall of the grand opening ceremony of the year, the. 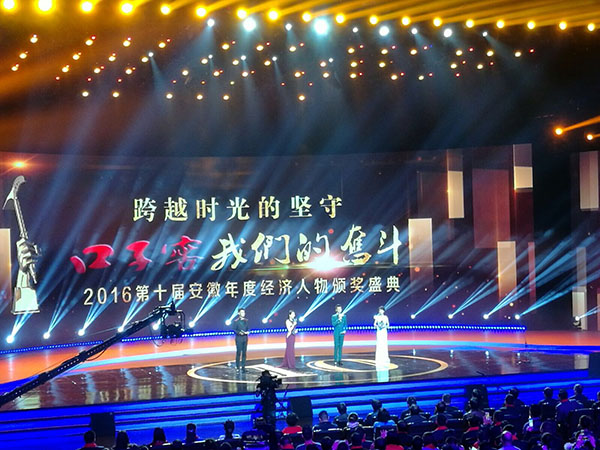 Chairman Lin, Chen Xifan was in Anhui in 2016 ten annual economic figures and attend the awards ceremony, well-known experts and scholars who visit the site awards for the 10 winner figure, grand development of Anhui economy in the event. 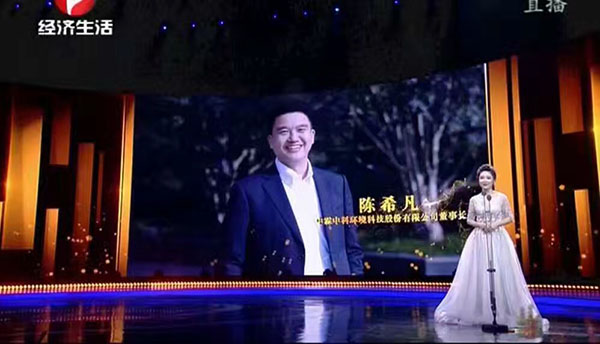 As one of the annual public service activities of Anhui radio and television, the selection of activities since its inception in 2007, has been successfully held 9 sessions, this year is the tenth. In ten years, with its "struggle" as the theme, we gathered the most dazzling star in the Anhui economy, Lin branch Chen Xifan with years of water resources in the deep purification of the cause of persistence, make the water clear, let more people drink clean and safe water, to the social responsibility to pay and won the jury's approval and recognition, the jury to Chen awards word wrote: "no matter where his life has always been attached to water; nano material technology for industrial wastewater to achieve zero emissions; water depth purification, help China to improve the ecological environment, from the countryside to the city, from water treatment to water resources protection and development, make the water clear he vowed to pursue. He is resolutely defend the environmental protection of water ecology soldiers!". 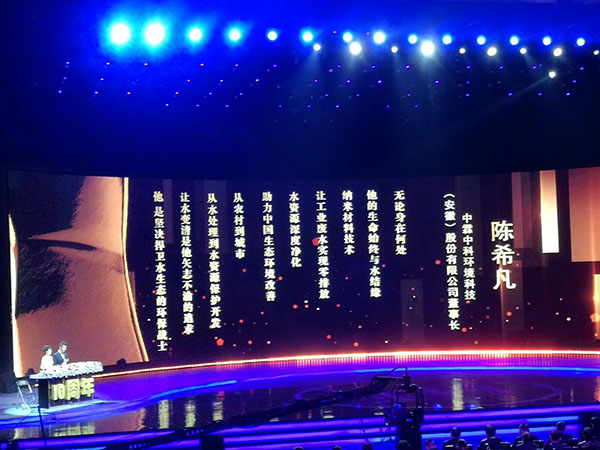 The awards ceremony in the vice president of University of Science & Technology China, Chinese Academy of Sciences Hefei Institutes of physical science as Vice President Jiang Hai Chen issued the 2016 annual economic figures of ten trophies, then Chen delivered a speech, said, people in certain responsibility for Lin to environmental protection, to serve the people's livelihood for the purpose, to make its due contribution for the construction of a beautiful and healthy China China. We will keep on fighting! 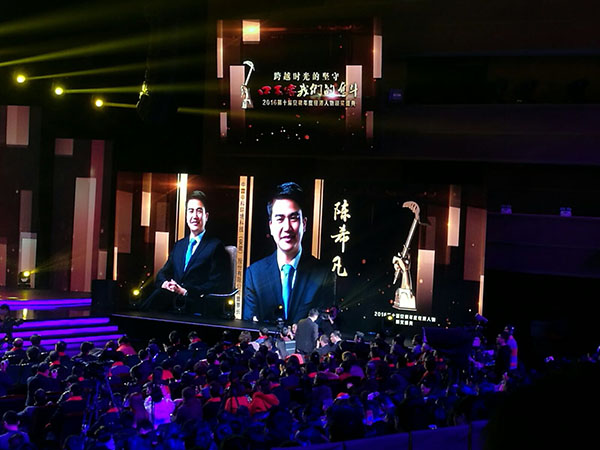 This is also another award winning Chen in 2016 Hefei City Luzhou talent after the first. In the middle of the forest division 2016 achieved a breakthrough in performance and honor bear fruit harvest! 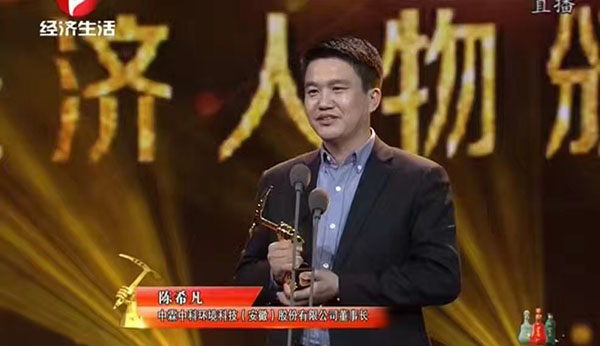